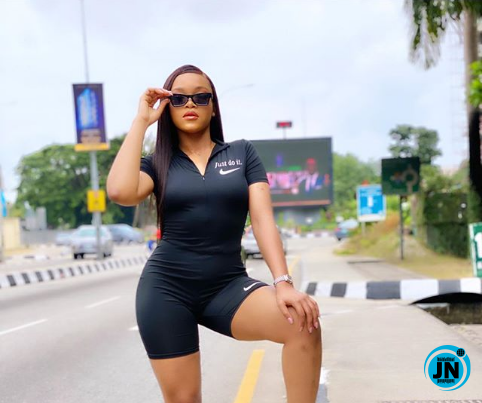 Ex BBNaija housemate and reality TV star, Lilo has slammed and dragged friend and fellow housemate, Ve on the micro-blogging platform twitter, saying she's FAKE, and should be careful with.

According to Lilo, Vee is the type of friend your mother would advise you to stay away from throughout your life, because of their pretentious lifestyle.

There was a brewing sismance between the two ladies during her stay in the house because they both had boyfriends who were best friends and had good vibes for each other.

Unfortunately, Vee is one of the people who voted her out of the house with the reason being that she sees Lilo’s focus outside the BBNaija house.

Reacting to Vee’s comment, Lilo made a tweet asking people to be careful when dealing with Vee. She added hashtags describing her as ‘#FAKE’ and ‘#JUDAS’. 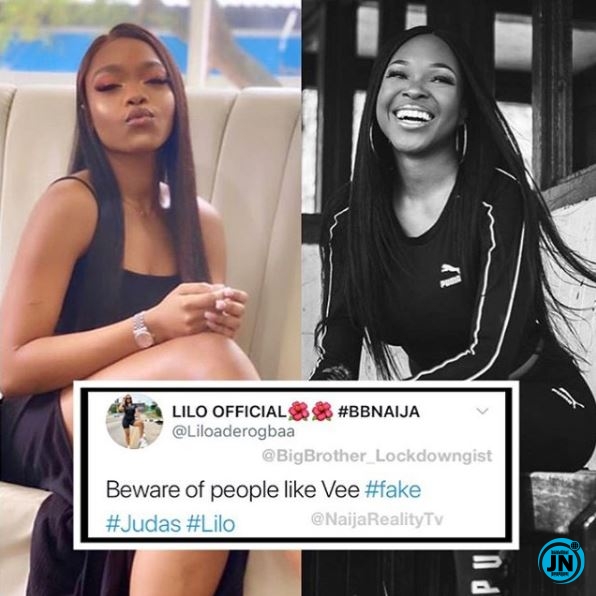