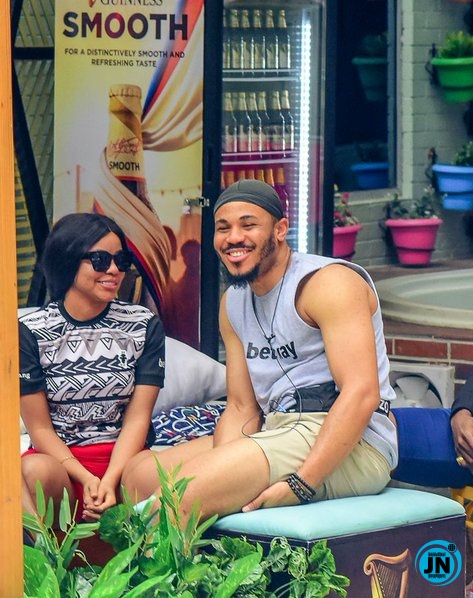 Fans of the Big Brother Naija reality show, have reacted after a video was captured, which saw BBNaija housemate Ozo, fondling fellow housemate Nengi's breast, under the duvet.

In the video, Ozo could be seen seriously trying to get under the bedsheets and smooching Nengi boobs, while she looked on.

At the same time, Ozo appeared to be jerking off as he fondled Nengi's boobs.

Fans of the show, have taken to Twitter, to react over the video with mixed feelings, as some are in support of what they did, while others totally condemned the act.

so after they learnt nengi was on her menstural cycle & wasnt fingered,they now changed story dat ozo was pressing ME?
I NENGI LEFT BREAST swears that I & my RIGHT MATE was not touched by OZO..
Stop lying on our head to suit your narratives!#FreeNengiAndOzo #NengiX85M #bbnaija pic.twitter.com/CmxQWtYN8i