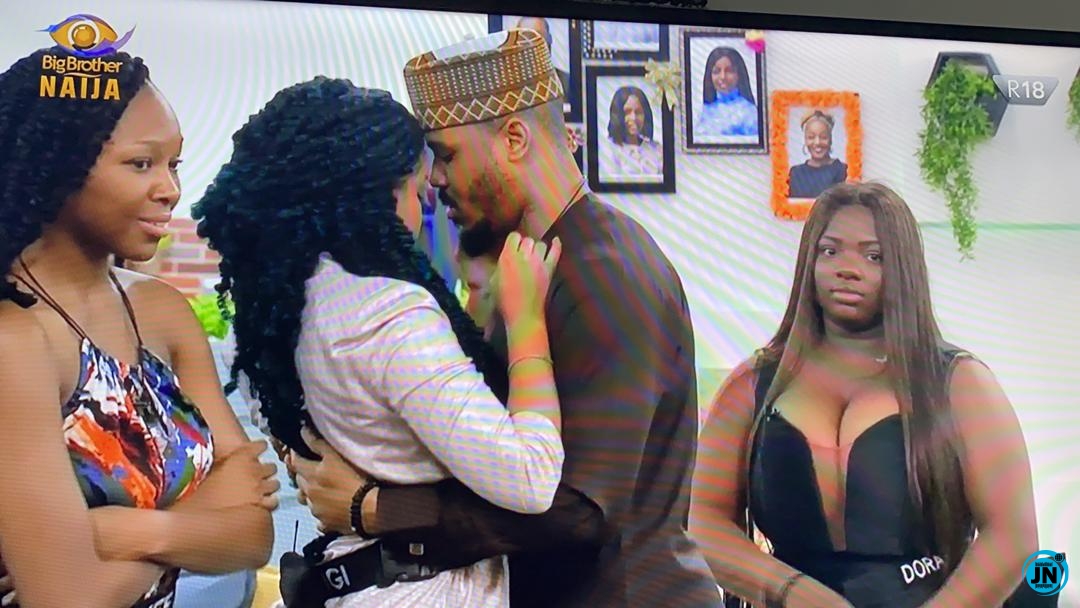 Freshly evicted Big Brother Naija housemate, Ozo is undoubtedly a hopeless romantic and he showed his romanticism one last time before he made his way out of the Big Brother house earlier this evening.

The 28-year-old, who during his time in the house never failed to declare his love for housemate, Nengi, once again professed his love for her even after he was announced as the next housemate to leave the house.

Whilst biding farewell to the rest of the housemates, Ozo warmly embraced Nengi and as Biggie began his 10 seconds countdown for him to leave the house, Ozo can be seen trying to plant a kiss in Nengi’s lips but she curved his advances and it resorted to a peck.


Nengi had earlier in the evening told Ebuka that she considers Ozo to be her “closest friend” after she was asked what he is to her and why they had ups and downs earlier in the week.

Following his eviction, Ozo has lost his chance of winning the grand prize of 85 million Naira in seven days time.

The housemates left vying for the grand prize are Nengi, Laycon, Neo, Vee and Dorathy.

The fifth edition of the most watched African reality TV show will be coming to an end in seven days time and viewers are already gearing up to vote for their favourite housemates to emerged as winner of the show.

Davido excited after buying a house for his staff today (Photos)
Nigerian artist goes viral after making life-like drawing with his pencil
After Adultery Saga, Is Chef Chioma Now A S*X Object? - Man Writes
BBNaija's Ka3na Reveals Her Next Step After The Show And It's Just Like What Mercy Eke And Tacha Did