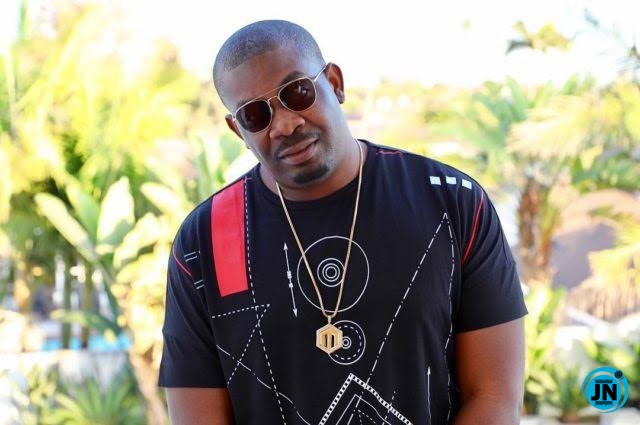 Popular Nigerian record producer and Mavin Records Boss, Don Jazzy, has hailed ex BBNaija's housemate, Lucy for the way she reacted, when she was announced as the next housemate to be evicted from the Big Brother Naija house.

Lucy apparently, was one of the nominated housemates who had few votes from viewers of the show, which saw her evictd from the Big Brother house.

After she was announced as the next housemate to leave the house, Lucy did not wait to embrace the rest of the housemates, or even give Biggie the chance to tell her that;

“she has 10 seconds to leave the house”.

Don Jazzy acknowledging her cold-reaction, took to his twitter handle, to praise her for taking it like a boss.

#BBNAIJA2020: How Eric Shocked Other Housemates When Dared To Kiss Lilo In A S*xy Position (VIDEO)
DJ Cuppy Called Out For Spending Money Meant For Charity On Designer Clothes, See Her Response
#BBNAIJA2020: Erica Admits She Betrayed Laycon On Her Choice Of Deputy Head Of House (VIDEO)
Where does Nigeria’s petrol price rank in the world?

#BBNaija: See How Viewers Voted For Their Favourite Housemates This Week, As Laycon Leads With Impressive Percentage

”People Would Think I'm Dumb" – Ozo Speaks After His Eviction

BBNaija: Laycon Makes It To The Final (Video)

Falz – Child Of The World

Yawaskits - This Is Big Brother