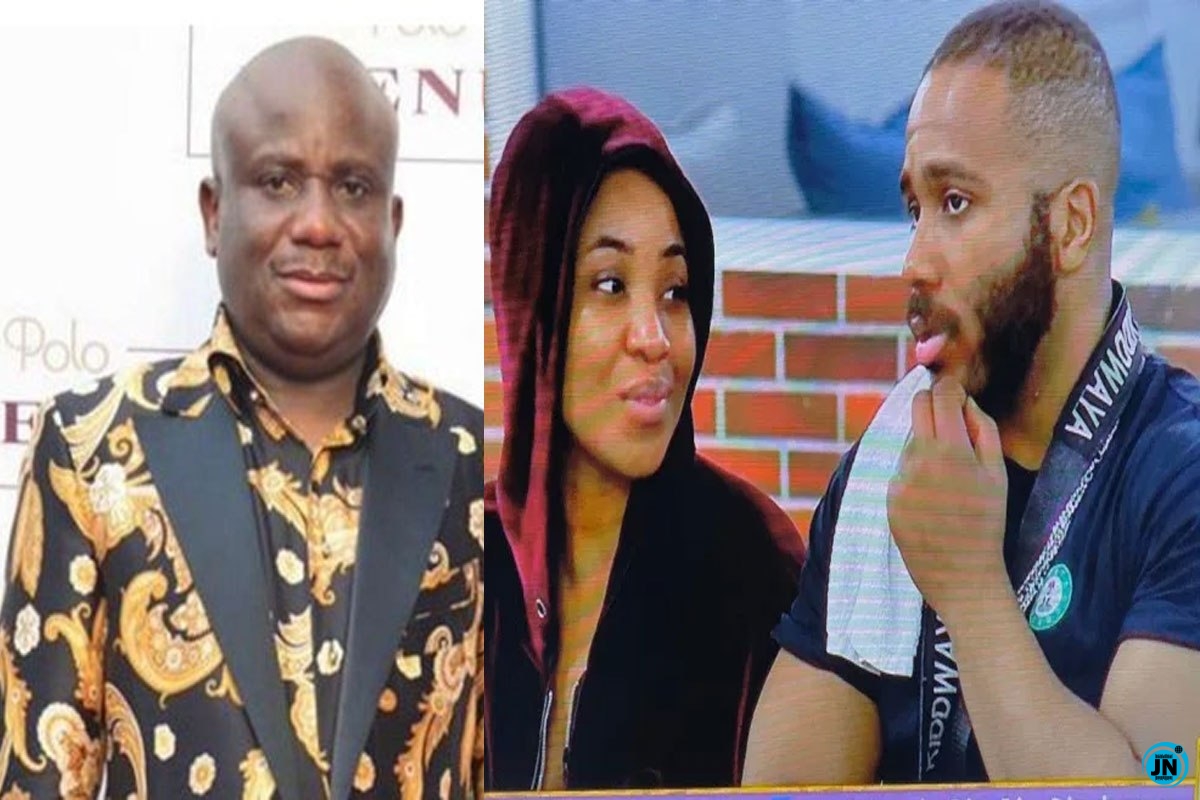 Benue state born businessman and billionaire, Terry Waya has voiced out in a reaction to the disqualification of Big Brother Naija lockdown housemate, Erica, from the ongoing competition.

Terry waya said in an interview with Ovation Magazine CEO, Dele Momodu, that Erica was disqualified because of her love interest, Kiddwaya.

According to him, other housemates started hating Erica because of Kiddwaya but she stood for him and defended him on several occasions.

“She really stood behind him and I appreciate that. I’m happy she’s somebody who’ll protect my son because I know he’s carefree, he doesn’t keep malice or keep anything in mind,” he said on Instagram live interview.

“He looks at everybody as a friend and doesn’t think anybody has anything against him.

“But Erica, being cleverer and smarter, was able to see behind the scene that the same people he was laughing, joking, and doing things with were not reciprocating the feelings that he had for them and she saw it and took it upon herself to defend him.

“She really really defended him. She fought the people there and in the process of defending him she went into that problem that she had.

“At a point, a lot of the housemates started hating Erica because of my son. To me, she’s a wonderful person. She’s nice…” He added.

BBNaija: "Erica Would Definitely Be Missed, Because She Has Content" – BBNaija Star, Venita
"Erica has reunited Africa more than the Africa Union" – Dele Momodu
BBNaija: "Erica Was Hated By Other Housemates, And Got Disqualified Because Of My Son" – Terry Waya

Dat foolishness.... why is she been rude and arrogant? is it becos kiddwaya is a son of a billionaire and why is his father Terry reacting like this, come of it jare. Wen tasha was disqualified last year did her dad come out on media and start saying wat kiddwaya dad is saying is it becos tasha dad is not from a billionaire family or something,anywayz The truth is erica is too rude and arrogant like i said earlier, she is playing along with kiddwaya because his father is rich truth must be told

I concur, Erica is a defender of human and sacrificed her life time opportunity because of love.
In my opinion she is a hero.