One of the most talked about housemate at the ongoing Big Brother Naija season 5, Laycon has with no doubt been a major talking point of the show and now there’s another twist. 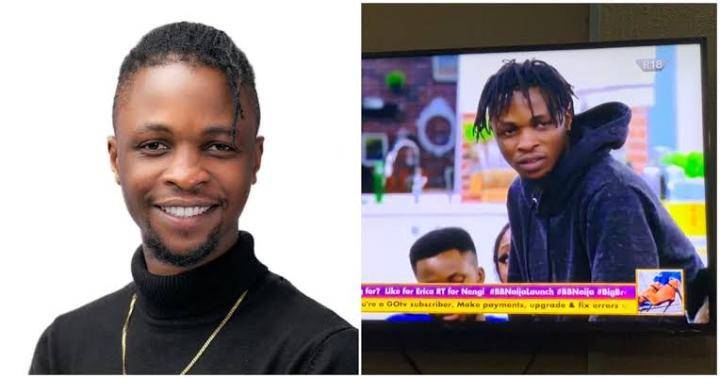 If you’re a big fan of the reality show, you’d know Laycon is on the chase of a particular female housemate, Erica who is now the Head Of House.

Laycon has made it known, times without number that he cares and wants to have a thing with Erica but she has always rejected his advances.

This has however brought major reactions from the viewers as Laycon has refused to leave her alone.

Now, could it be that Laycon is just playing a deceitful game?

Why did I say so? Here is the reason.

Laycon has in the first week of the reality show stated to the whole house that he has a girlfriend outside the house, so why the constant chase of another female housemate ?

Nigerians have dugged out the video where right in front of the housemates he revealed he had a girlfriend outside the house and the lady he is pursuing in the house, Erica was there too.

Now viewers of the reality show are beginning to react to this video. 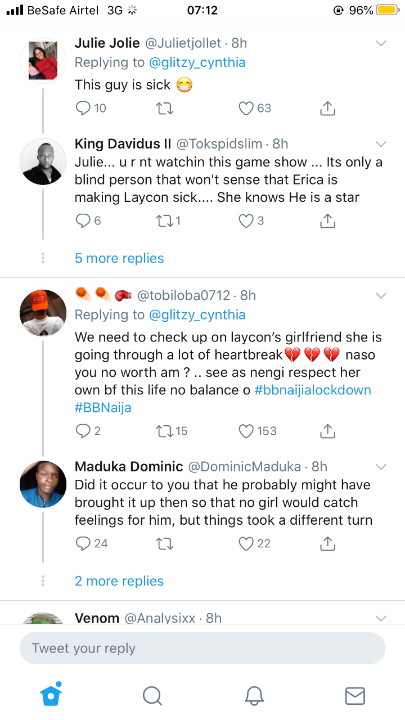 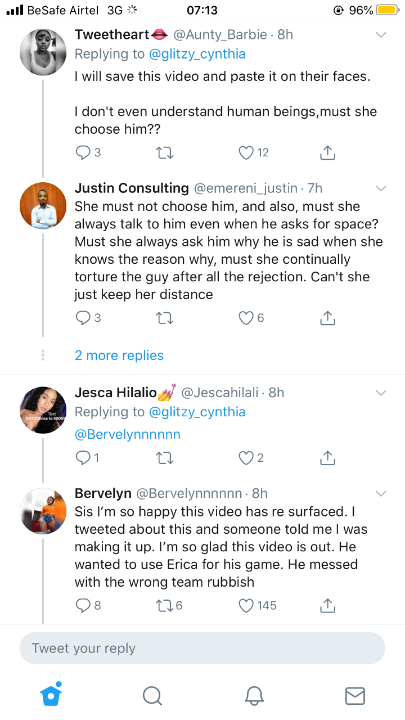 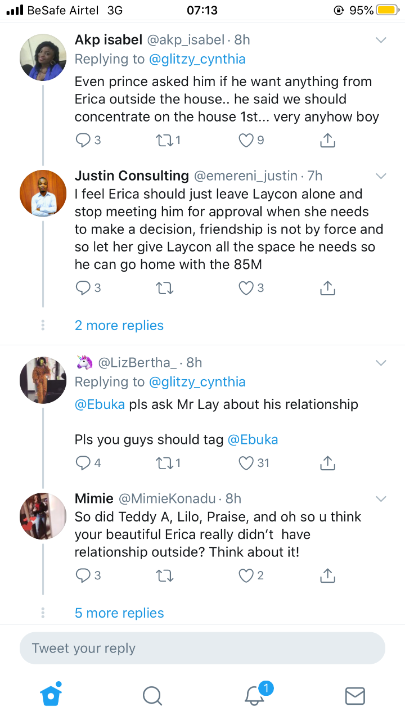 “I Paid For My Apartment And My Furniture, Someday I Will Buy My House” – Diane Russet Writes
“This is demeaning” – Nigerians drag BBNaija’s Kaisha for including her housemaid in a video for ‘clout’
Tolani Baj becomes second BBNaija lockdown female housemate to be verified, Erica reacts
Wizkid Fans Happy As He Shows More Glimpse Of His House (Photos)